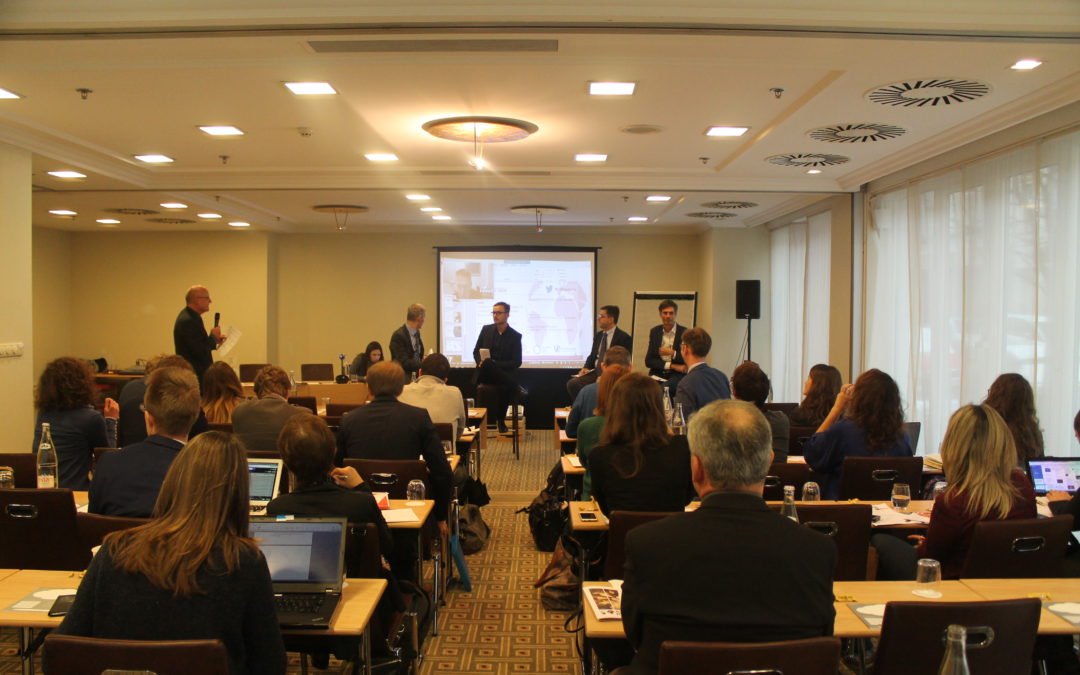 11 December: The WHO, the European Commission, the Standing Committee of European Doctors (CPME), Vaccines Europe and AIM gathered in order to discuss one of the great 21st century challenges for public health.

Vaccination is one of the most successful and cost-effective interventions to improve health outcomes. While it is true that no vaccine is 100% effective, high uptake rates have allowed to eliminate, and in some cases eradicate, a number of diseases. And yet, the last decade has been characterized by outbreaks of resurgence of measles, mumps, or polio in some countries where those diseases had previously been controlled. As Mr. Pedro Bleck da Silva, AIM Vice-President mentioned in its opening speech, if vaccines work at both individual and community level, the reluctance to be immunized also negatively affects both levels.

The first part of the seminar consisted in two keynote speeches from WHO and the European Commission. In his intervention, Robb Butler, Programme Manager in the Vaccine-preventable Diseases & Immunization Programme of the Health Emergencies and Communicable Diseases Division at the WHO underlined the complexity of the vaccination calendar, stating that “vaccinating your kid can be more like a part-time job”. He also stressed the potential of micro technology in making the offer more convenient and the importance of the narrative bias to reach populations. According to him, science and data has been the main focus up to now. Pro-vaccination campaigns should not forget about the decisive role which narratives can play. “Reason leads to conclusions, while emotion leads to actions.”
Mr. Michael Sulzner, Policy Officer at the European Commission underlined in turn the lack of studies or data on the effectiveness of interventions. He announced the joint action on vaccination in early 2018 and the public Consultation on “Strengthened Cooperation against Vaccine preventable Diseases” (which AIM will answer).

The round table allowed to discuss questions like the necessity to make vaccines mandatory. All participants seemed to agree that there is no “one-size fits all approach”. And that solutions must be tailored to different contexts. While making vaccination mandatory can have the adverse effect than expected, it could be considered, according to some, as a defeat of civil society and of the so-called “social norm”.
The potential role of non-clinical settings in increasing vaccine uptake was also highlighted, just as the importance, if such settings should have a role to play, of proper training and education of their staff notably on dealing with adverse effect.

As a conclusion, all participants agreed that strengthened collaboration will be necessary in order to face the challenges around vaccination. The seminar organised on 11 December was for AIM a very first step in that direction.

Presentation by the European Commission: Presentation_AIM seminar on vaccine hesitancy_11.12.17