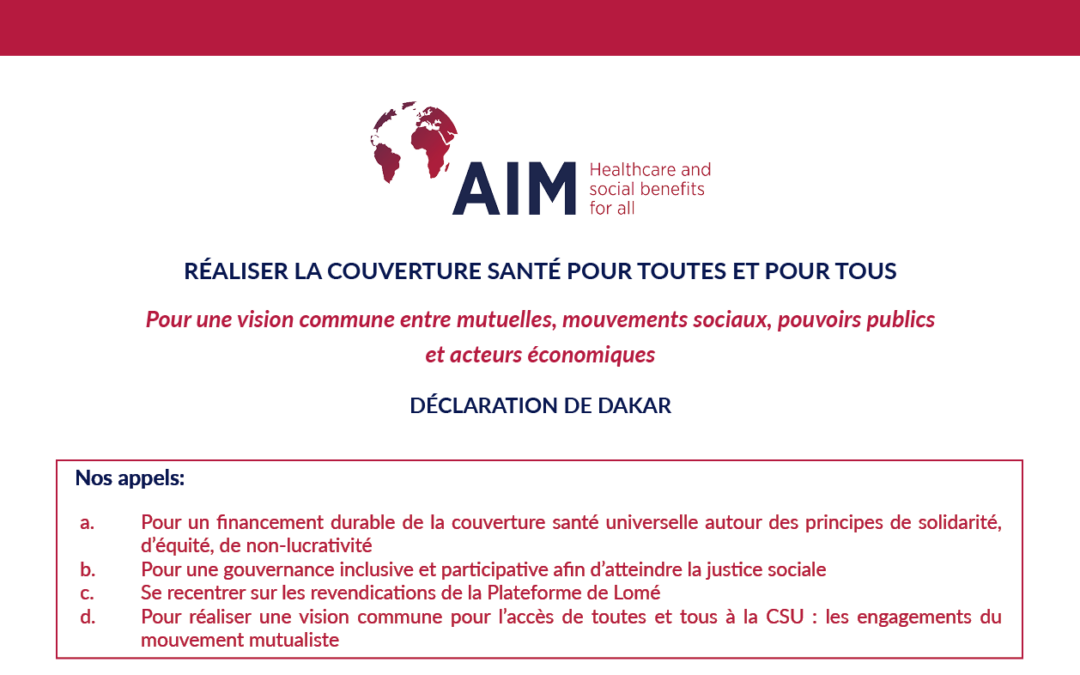 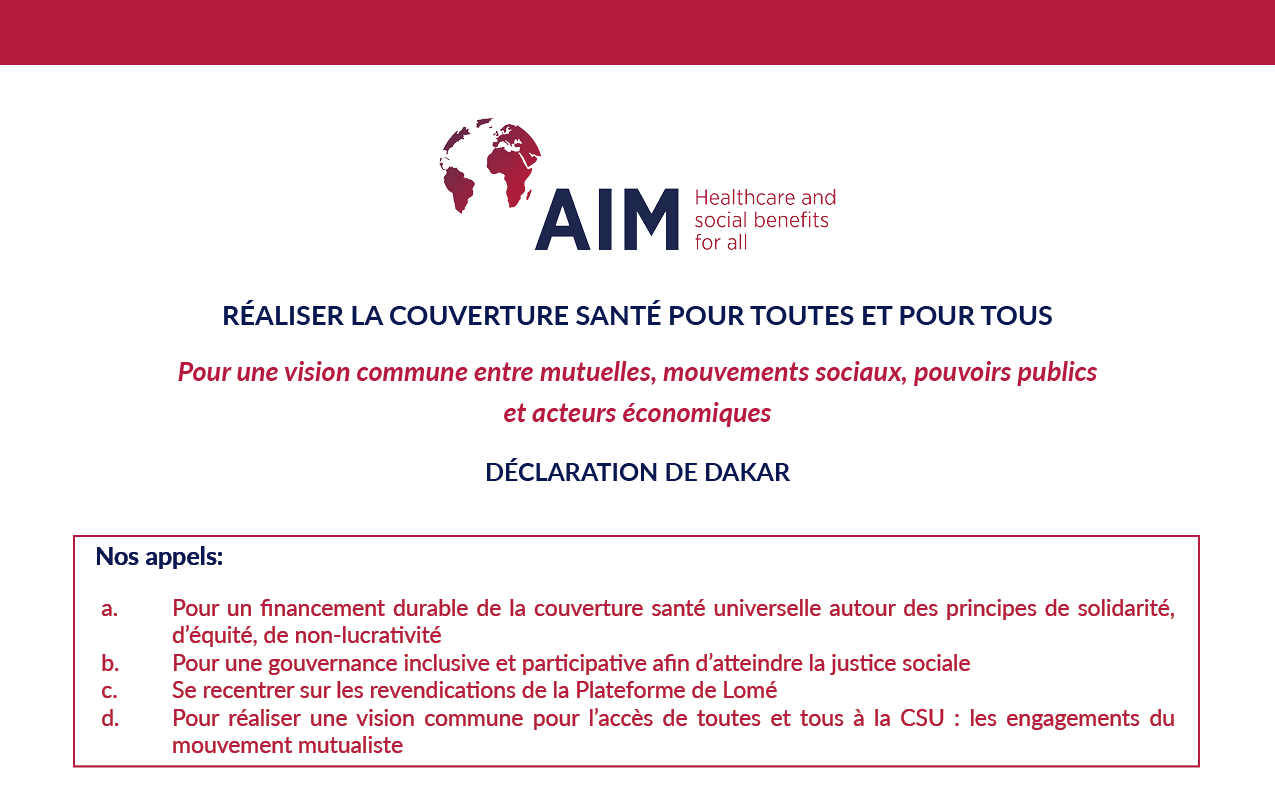 Mutuality has experienced strong development in Africa over the last 25 years, notably through the launch of the Abidjan Platform in 1999; the structuring of the movement into national platforms, its professionalisation; the involvement of mutuals in the process of extending the CSU in many African countries; the adoption of Regulation No. 07/2009/CM/UEMOA on the regulation of social mutuality within the UEMOA the holding of the Lomé conference in January 2019 which led to the adoption of the Lomé Platform, a political and technical document containing the demands and proposals of the mutualist movement for its full participation in the CSU. Nevertheless, in view of the challenges that the COVID-19 crisis has revealed and posed in the framework of the constitution of health systems, we note that formal support from the States to mutuals is not enough and that it must be transformed into a deep partnership between the State and mutuals, but also into a common commitment between mutuals, social movements, public authorities and economic actors so that everyone has access to universal health coverage.

This is why the representatives and partners of the mutualist movement in Africa formally adopted the following declaration at the Dakar conference “Achieving universal health coverage in Africa through mutuals: articulating new partnerships between social movements, economic actors and public authorities”, organised by the Association Internationale de la Mutualité and its partners active on the African continent under the patronage of the Senegalese Ministry of Community Development, Social and Territorial Equity and the Senegalese Agency for Universal Health Coverage:DéclarationDakar_septembre2022

The agenda of the Dakar conference is available here: https://www.aim-mutual.org/wp-content/uploads/2022/03/Dakar_Programme_final.pdf.