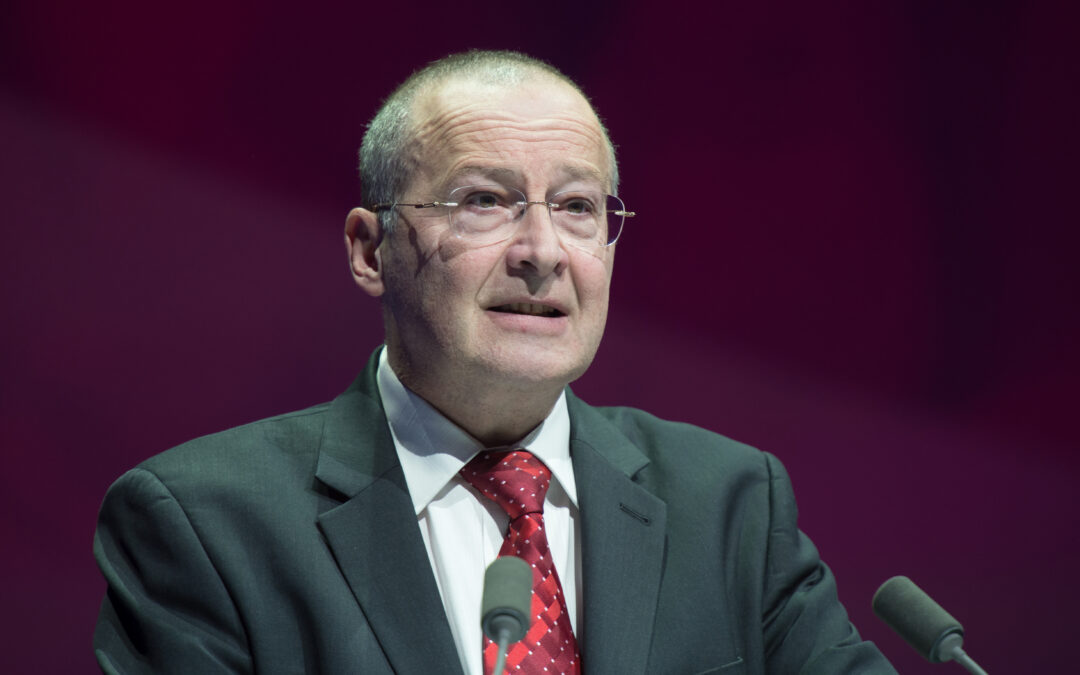 AIM has learnt with great sorrow of the passing of its former President Jean-Philippe Huchet. Mr Huchet was a staunch advocate of the global mutualist movement. He will be deeply missed and always remembered by the AIM family. Our sympathy and thoughts are with his family and friends.

Jean-Philippe Huchet was Vice-President of AIM from 2009 to 2011 and President from June 2011 to June 2014. He was also a member of our Board of Directors for over 15 years. During his mandate, not only did he push AIM to gain more visibility in the European Arena, but he also gave an important impulse for our organisation to become a truly International Organisation by stepping up activities in Latin-America and Africa.

Jean-Philippe Huchet finally spent the last part of his career in Africa, where he headed the Programme d’Appui aux Stratégies Mutualistes de Santé (PASS), now the Programme d’Appui aux Stratégies Sociales. As Director of PASS, Jean-Philippe Huchet has successfully participated in the creation and development of mutuals, in the structuring of the movement in the UEMOA countries and at the sub-regional level, in the conduct of advocacy, awareness-raising and communication activities. The PASS has also distinguished itself in the development of management tools for mutual health services and offers. Under Jean-Philippe Huchet, PASS was one of AIM’s partners in the organisation of the international mutualist conferences in Abidjan in 2016 and Lomé in 2019. Finally, the PASS launched the International Women’s Mutualist Days in Africa, the first forum of its kind for exchanges between women mutualist leaders in Africa.