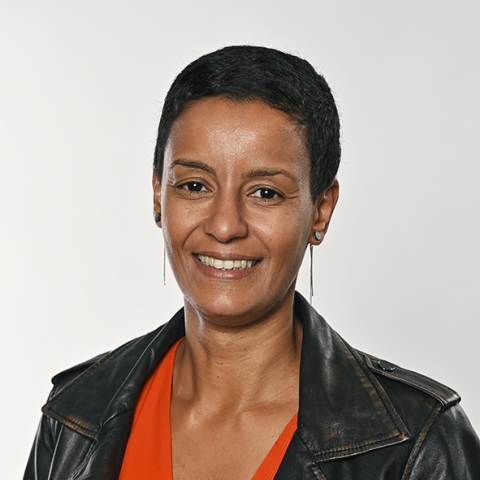 On Tuesday 25 January 2022, in front of nearly a hundred participants and representatives of international organisations, the Belgian Minister for Development Cooperation and Urban Policy, Meryame Kitir, opened the international workshop “En route to Dakar – What is the position of international organisations on the role of mutuality in the framework of UHC?” The workshop was organised by a broad mutualist front – the MASMUT Multi-Stakeholder Synergy (three Belgian mutualities – Christian Mutuality, Mutuality Solidaris, Mutualités Libres; three Belgian NGOs – WSM, Solsoc, Louvain Cooperation; and Mutualist Partners from several African countries), the International Association of Mutual Benefit Societies (AIM) and in collaboration with the French Mutuality and the PASS Programme.

For Her Excellency (H.E.) Minister Meryame Kitir, Universal Health Coverage (UHC) has been prioritized by the United Nations with the adoption of the Sustainable Development Goals (SDGs) and its absolute necessity has been revealed by the Covid-19 pandemic which has exacerbated our vulnerabilities. UHC is a moral imperative. A collective, participatory and supportive strategy is fundamental to achieving it. Structural solutions, including the fight against vaccine injustice, are at the heart of Belgium’s commitment. Faced with this challenge, this emergency, this imperative, the mutualist movement has a crucial role to play. And the development of the mutualist movement on the African continent is a real success and a real reason for hope.

It is in this way that, together, in cooperation and articulation, we can make the right to health for all a reality. We are working on this.

H.E. Minister Meryame Kitir took part in the second preparatory workshop for the Dakar conference on the position of international organisations on the role of mutuality. A first workshop was held on 7 December 2021. The workshop focused on partnerships between public authorities and mutuals. During this workshop, organised by PASS in collaboration with AIM and Synergie MASMUT, the participants took stock of the alliances between mutuals and public authorities, both three years after the adoption of the Lomé Platform and two years after the arrival of COVID-19 in our societies. It emerged from the discussions that although mutuals are involved to varying degrees in policies to extend UHC, real partnerships have not been forged between the public authorities and mutuals, which are necessary to make firm progress towards UHC. The demands of the mutuals will be at the heart of the updating and deepening of the recommendations of the Lomé Platform, one of the pillars of the declaration to be adopted during the Dakar conference.

The words and findings of the two workshops sound like a call for mobilisation in view of the International Mutualist Conference in Dakar on 15 and 16 March 2022.

The full speech of Minister Kitir is available here.

The registration link for the Dakar conference can be found here.